Really…I have been stamping…a lot!!!  I’ve got several craft fairs coming up and classes…I just haven’t had time to photograph and blog what I’ve been doing!  This week, I have several friends coming over for a “mini” retreat!  Looking forward to devoting some time just to stamping with them.  I want to get my Christmas cards done, but still have no idea what I’m doing!

This card was originally intended for my Christmas Card class last week, but then I realized that there was very little stamping on it!  And…a couple of the other projects were Big Shot intensive also.  So, I set this one aside and made up a different card using Santa’s Sleigh.  I love the Gold Glimmer on top of Mint Macaron!  REALLY pretty in person!

Here are the details:

Exclusive projects for SUBSCRIBERS only that will not be shown anywhere else!

AND…if you sign up for BOTH September and October you can still get the FREE bonus project…great for a fun class or to decorate your home!

So NOW is the time to join and get a head start on Christmas!  Here’s a peek of the bonus project:

Head over to Create with Connie and Mary for the list of all the sets being used for both September and October and to subscribe!

I love stamping cards, altering 3D items and making little favors. I've been stamping for over 21 years and just had my 20th year Stampin' Up! anniversary in early May. I love being part of something that sparks my creativity and hear people comment, "you MADE this?" I also enjoy sharing that passion with others in my classes! If you live anywhere in the Lewis Center, Delaware, Dublin, Powell, Westerville, Hilliard or surrounding Columbus, Ohio areas, join us! I love to meet new stamping friends. Email me for a current class schedule... I'm adding new classes all the time!

How sweet is the natural beauty of this APPLE HARVEST STAMP SET?  The simple line art of the images will remind you of apple picking on a crisp fall day and are perfect for coloring!   But the heartfelt sentiments can be used throughout the year.  We’ve combined the APPLE HARVEST STAMP SET with the fun and colorful GINGHAM COTTAGE DESIGNER PAPER in this Collection.  It has three card designs…including a unique fun fold…and a great gift-giving 3D project – JUST IN TIME FOR BACK TO SCHOOL!  See more details HERE!

We all know that dogs are a person’s best friend and Stampin’ Up!’s new CHRISTMAS SCOTTIES BUNDLE is adorable and not just for Christmas!  These festive Scottish Terrier pups are all ready to wish anyone some cheer any time of the year!  In this CHRISTMAS SCOTTIES CARD COLLECTION, we have four all-occasion and two Christmas card ideas for a total of SIX card design tutorials!  We’ve paired the Christmas Scotties Stamp Set and Scottie Dog Punch along with the CELEBRATIONS TAG DIES and new Black & White Designs Designer Paper with some bright colors to dress them up!  See more details here! 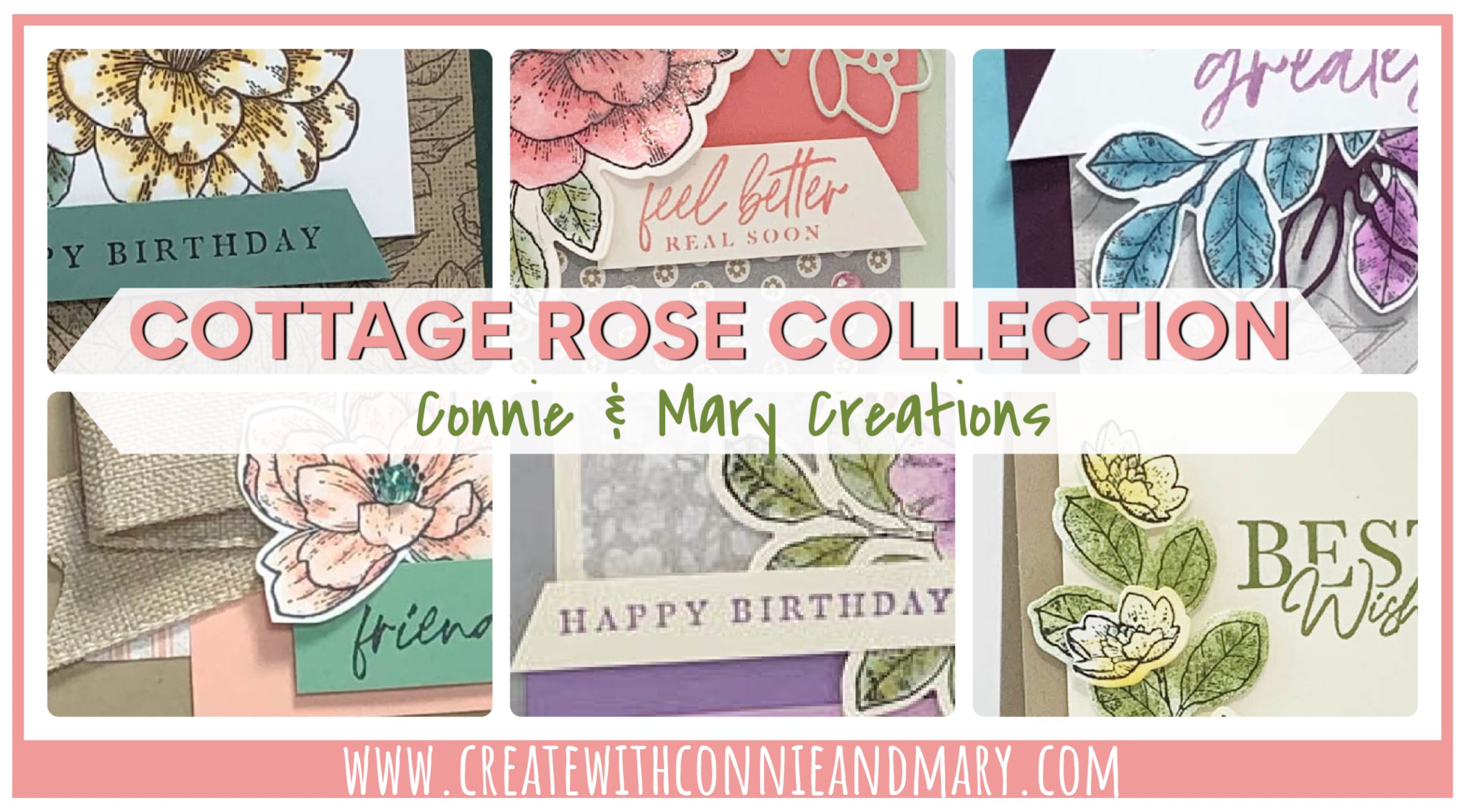 The classically beautiful Cottage Rose Stamp Set and Cottage Flowers Dies is next up in our collection of tutorials.  From buds to blossoms, beautiful floral silhouettes and accent pieces allow you to range from simple to elegant!  Six all-occasion greetings will complete the timeless look. Our Cottage Rose Collection has SIX card design tutorials!  We’ve paired the Cottage Rose Stamp Set and Cottage Flower Dies with the new Abigail Rose Designer Paper and some bright colors in this Collection for a fresh look!  See more details HERE!

Thank you to my customers and my team who help me achieve these Stampin’ Up! awards during the past year!

Stampin’ Up! incentive trip disclaimer: Approximately only the top 1% of demonstrators earn the trip.  My business has been built over the past 20 years to enable me to earn these incentive trips.

As an independent Stampin’ Up! demonstrator, all of the content on this blog is my sole responsibility and the use of and content of the classes, services, or products offered is not endorsed by Stampin’ Up!

The contents of my blog are my own and ©Connie Babbert and as such may not be copied, sold, changed or used as your own for ANY magazines, contests, Stampin’ Up! events, swaps, profits or otherwise without my permission and is here solely for the purpose of inspiration, viewing pleasure and enjoyment. Thank you for understanding.

Subscribe to get emails for all my blog posts so you don’t miss any INKspired Treasures ideas or specials!